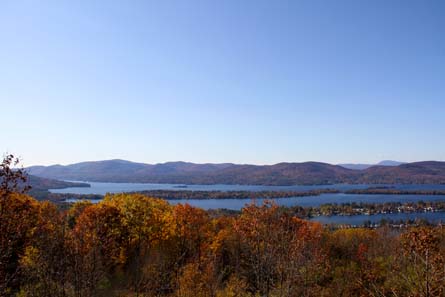 Everyone always asks… when is peak foliage in Lake George?  And although it’s mid-October, usually the second or third week in October.  Even in the end of October, the mountains and lakes are spectacular. 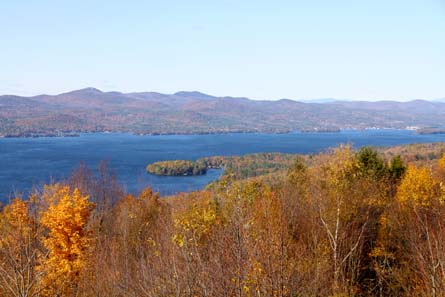 You can see from this photo that although some trees have lost their leaves, the trees are magnificent shades of rust, gold and greens which against the blues of crystal clear Lake George was truly a magnificent view. 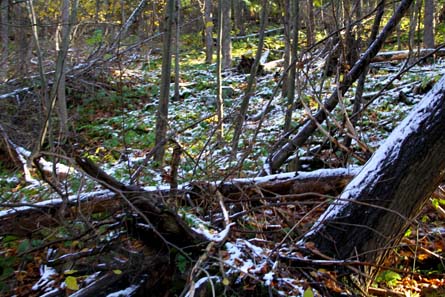 We took a hike up  Pilot Knob Preserve with our dog – the ground was covered with snow after an unusual snowstorm hit on October 29th.  The path was easy to hike muddy in some areas but for the most part the sun melted the snow. 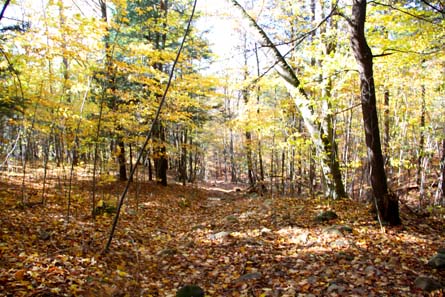 The mountain was covered in leaves so we had to be careful but the hike was an easy one, including our break at the top, it took 1 hour round-trip.  We hiked with our dog who was in heaven! 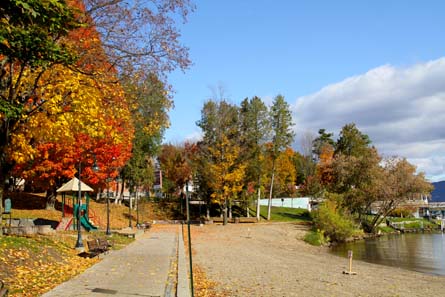 After our hike up the Pilot Knob Preserve, we headed over to Lake George village where the views were equally stunning. 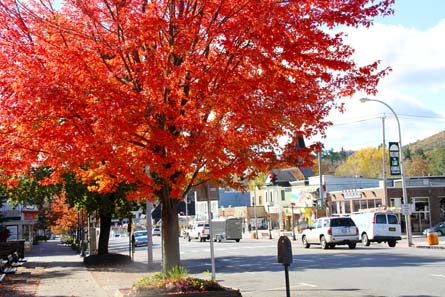 View of Canada Street in Lake George Village in the End of October. 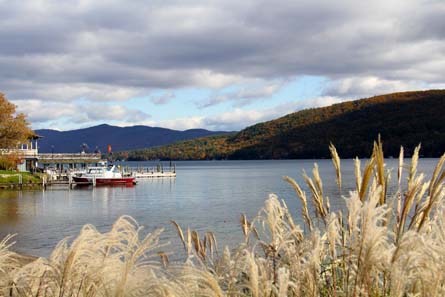