Film: intriguing, powerful, transformational. Films can sometimes transcend what we believe is possible using visual effects, or just stories that hit close to home. Movies like Puppet Master, Lake Placid, and The Cat in the Hat, changed our lives in more ways than we could have ever expected. I believe it is important to remember the classics that inspired us.

I’ve decided that over the next few weeks I will dig a little deeper into the history of productions that have taken place in our area. My first throwback video was filmed right here in Lake George, specifically, in Huletts Landing.

Today, we are going to remember the greatest television commercial ever filmed: The Huletts “Gimme a Dew” commercial.

Right off the bat, we can tell that Mountain Dew is pretty dang cool. The commercial has got it all: Babes? Check. Quaffed Hair? Check. Double rope swing action-shot? Double-check. Highly caffeinated soft drinks? Check.

The commercial was clearly made to last: they were dressed in a way that is timeless, the music sounds like it was written and performed by Kenny Loggins, and there’s lots of slow-motion shots. Also, let’s not forget the 6-pack of Dews that he picks up magically turns into a glass bottle. It’s a classic piece of American film.

But here’s the one thing I don’t like about the commercial: the main character is an arrogant little jerk. Okay dude, we get it, you’re good looking and like Mountain Dew- that’s fine- but you don’t have to rub it in everyone’s face. Don’t know what I’m talking about? Consider this:

1) When he goes on the rope swing, he’s wearing shoes. HE’S WEARING FREAKING SHOES! The rope-to-rope jump is hard for Tarzan to pull off, let alone this kid who’s probably up here on vacation from Nassau County, and this guy is so confident he’s not going to fall into the water he doesn’t even take his shoes off. Do less, bro. 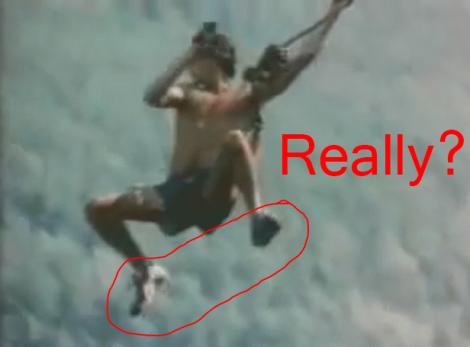 2) The shorts. Let me ask you this question: would it even be possible for this guy to be wearing underwear underneath those shorts? Unless, hes wearing a man-thong, there’s no way. So watch the video again now. Notice how high his shorts are going while he’s in the air… Now notice who is on the rock ledge that he lands on: 4 pretty girls.

If you haven’t connected the dots, this dude not only ditched his two guy-friends to go hangout with 4 girls by himself, he also showed all these girls his testicles as he swooped in. Do you hate him yet? There’s more. 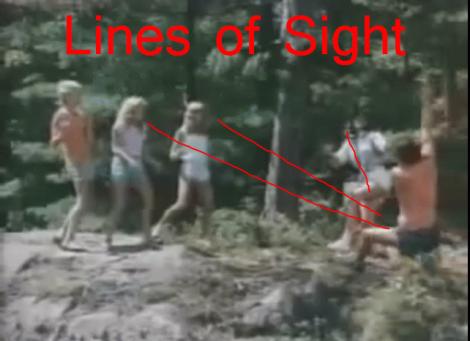 3) This face. Did you just drink a Mountain Dew or cyanide? Why does it look like his internal organs are melting away? C’mon man, stop being such an attention addict. 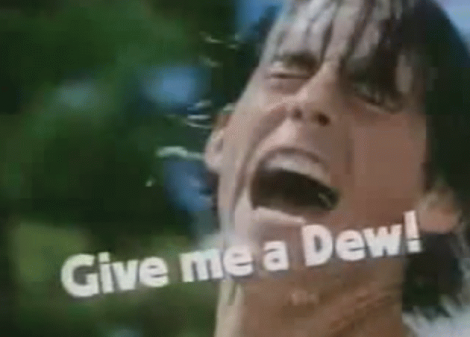 So the guy in this commercial is basically a show-off, package-showing, drama queen.  But if you can get over that, it’s pretty nice to see good ol’ Lake George in a commercial… even if it was 30 years ago.