Ice Castles has been a hit sensation for kids and adults alike in five other states, and now the interactive winter attraction is set to come to Charles R. Wood Park in Lake George in 2022! Scroll to the bottom to see the latest info on dates and tickets. 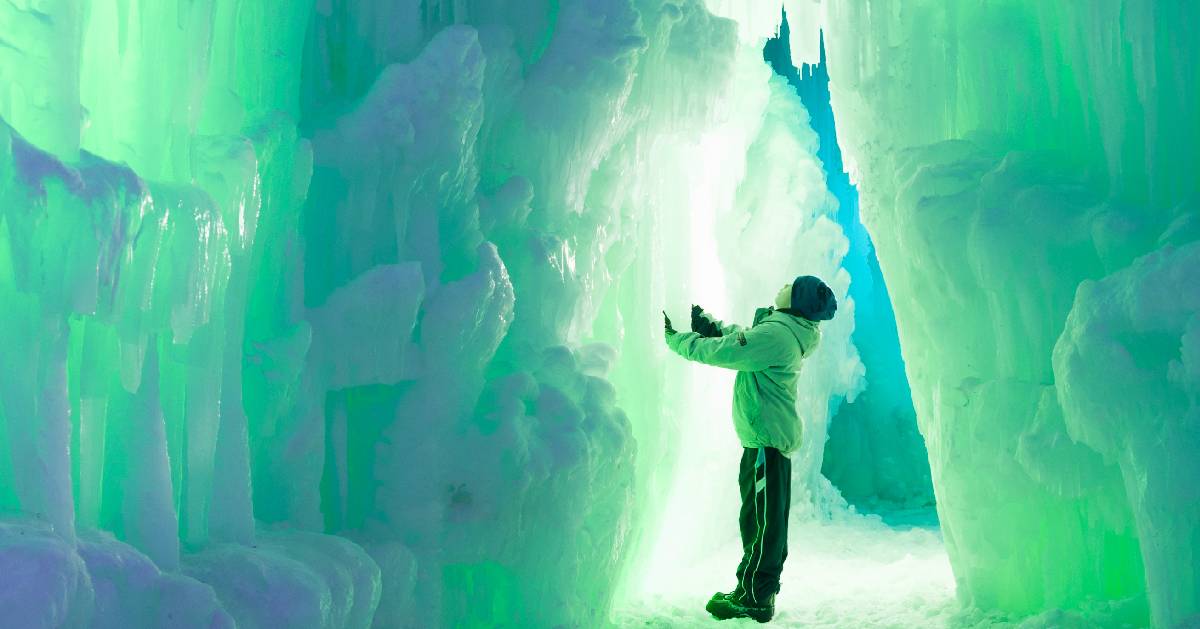 Please note, details for Ice Castles are still being finalized, and we'll continue to update this page as more information is made available. 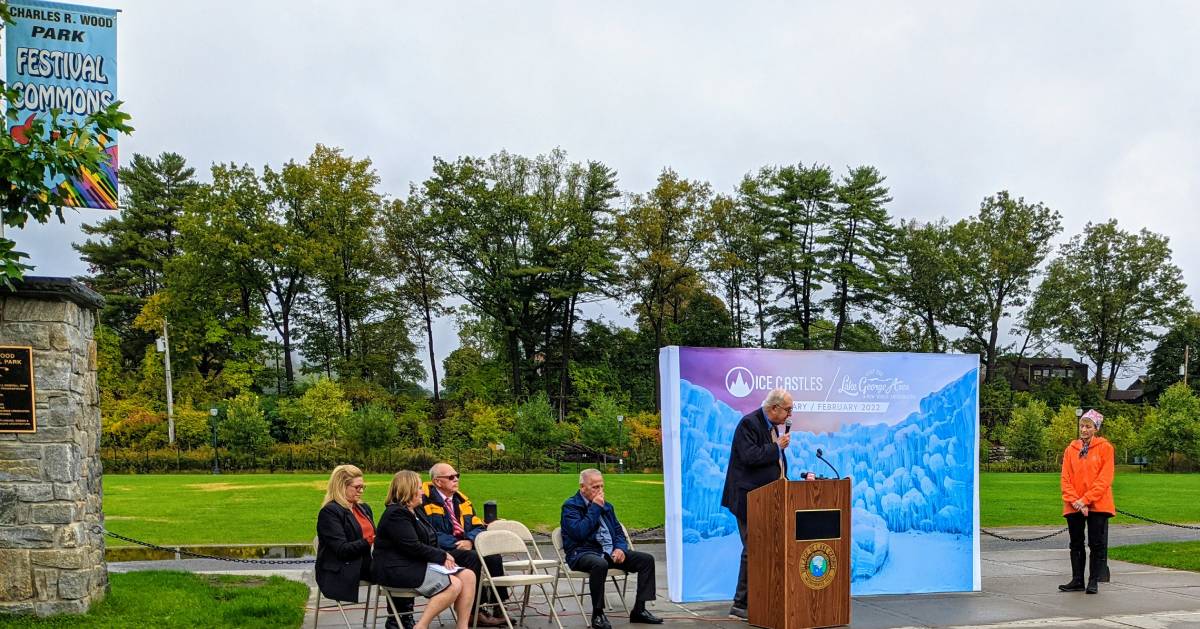 Excitement was in the air at the press conference announcing the arrival of Ice Castles, particularly as the rain held out for the event on an otherwise drizzly day.

"If you can control the weather like you did today, it's going to be a great winter!" Kyle Stanifird, CEO of Ice Castles said.

Stanifird indicated that choosing Lake George as the next Ice Castles location was an easy decision particularly after seeing the cooperation between private and public sector in the community. 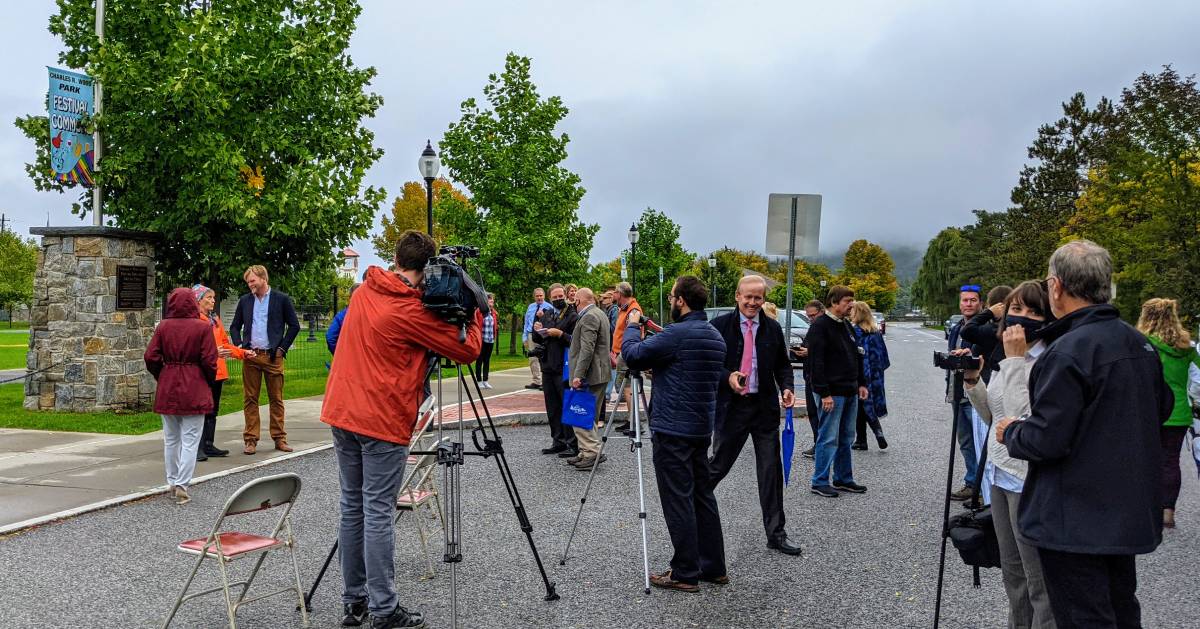 Indeed, Ice Castles has been a massive collaboration in the community that has been three years in the making, according to Warren County Tourism Director Joanne Conley. And, this major boost for Lake George is not just for tourists, Mayor Blais emphasized, but for tax-paying, year-round residents as well.

Chairwoman of Warren County Board of Directors Rachel Seeber shared a few reviews of Ice Castles she'd found just that morning. Highlights included: "It's a beautiful and bright spot in the winter," "We visited three times in one winter," and, "It's always so magical."

Stanifird reiterated that the goal is to bring magic to the Lake George area with Ice Castles. What does that mean exactly? Keep reading to get more details on what to expect!

What to Expect With This Magical Winter Wonderland Attraction 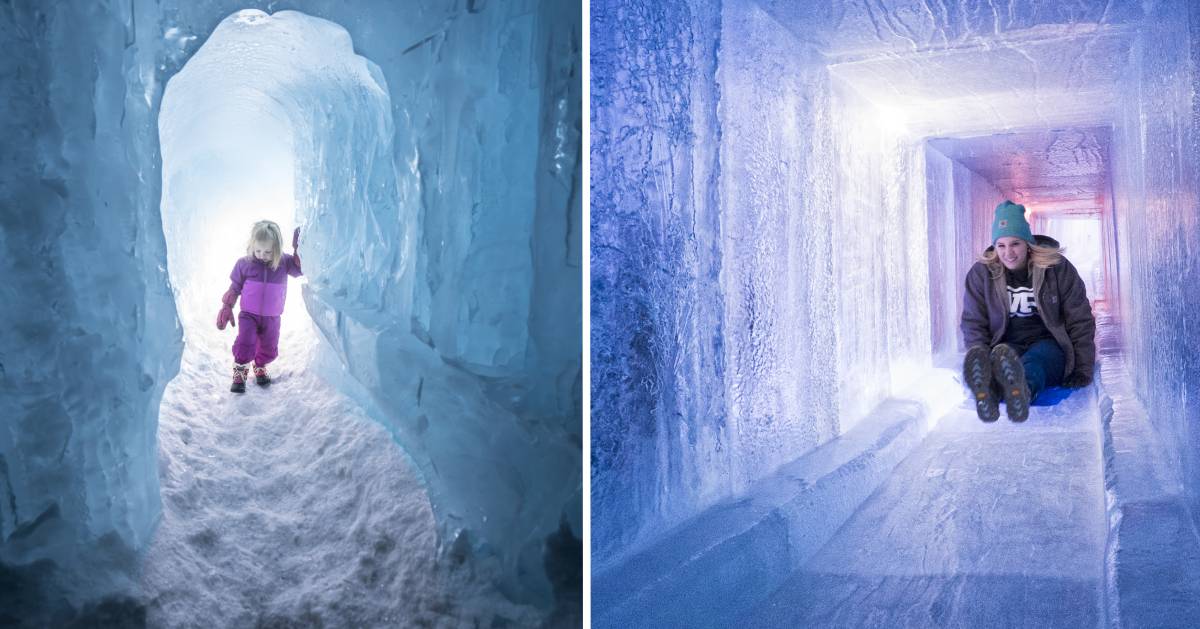 Most guests spend 30 minutes to 1 hour exploring the attraction. The other locations for Ice Castles are in New Hampshire, Minnesota, Colorado, Utah, and Wisconsin.

This one-of-a-kind attraction takes a team of 20 to 40 ice artisans approximately eight weeks to construct, with the team harvesting and placing between 5,000 and 12,000 icicles. The various features are then drenched with water and repeated, until the ice reaches heights of about 15 to 30 feet. LED lights embedded inside the ice illuminate the attraction at night.

The concept for Ice Castles was born from founder Brent Christensen, who aimed to build an ice cave for his daughter, that turned into an internationally renowned tourist attraction. 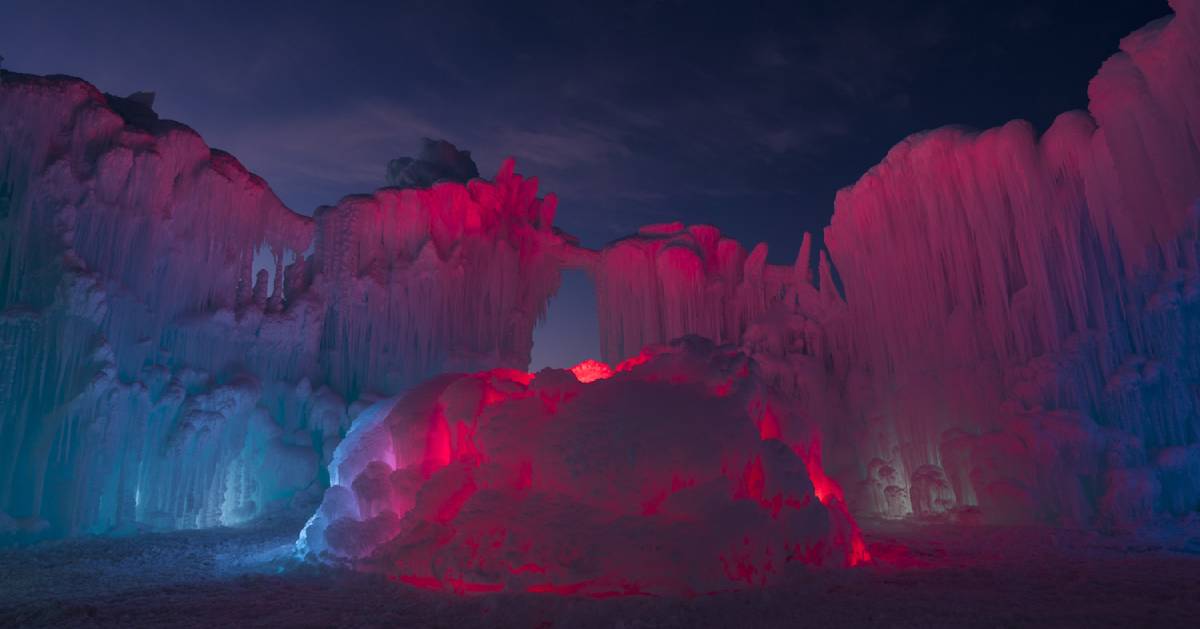 Ice Castles is tentatively scheduled for January 22 to February 27, 2022. Opening dates are weather dependent, but most locations open in January and remain open until early March. 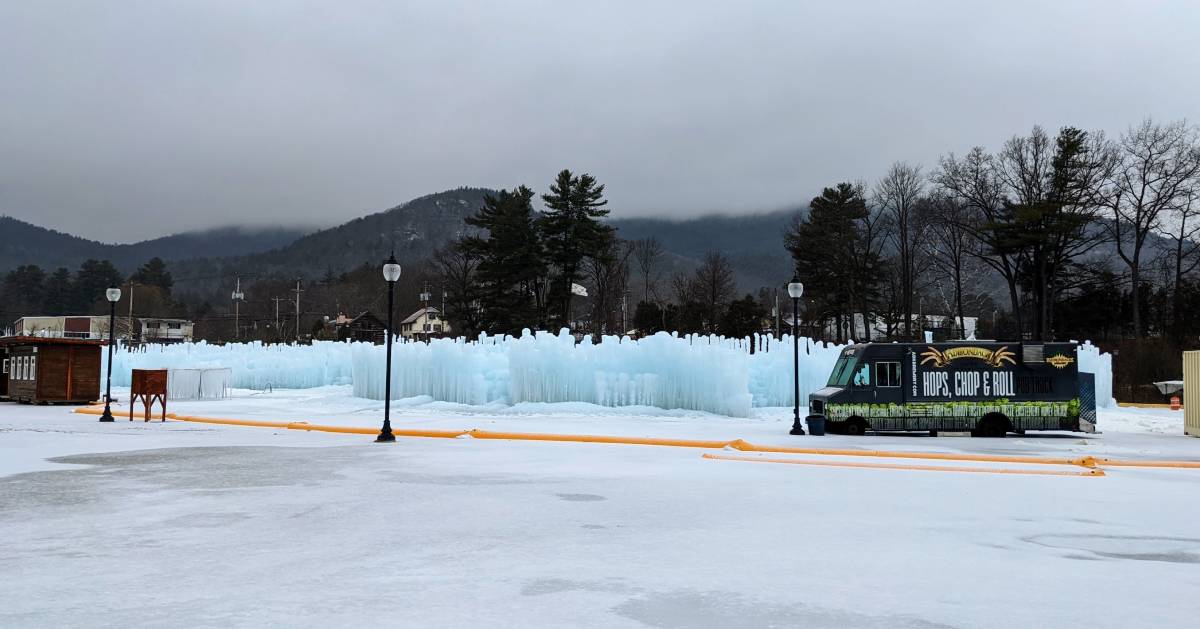 Tickets will go on sale at some point in January, when an opening date can be better scheduled based on the weather at that time. We will update this page as soon as more ticket info is released.

Tickets will be able to be purchased at icecastles.com/new-york. General admission for Monday through Thursday is listed as $20 for adults and $15 for kids 4 to 11; Friday through Sunday is $27 for adults and $22 for kids. Holiday pricing for January 17 and February 21 will be the same as weekend pricing.

Tickets may be available on-site if they are not sold out. On-site pricing may be subjected to higher rates.

Ice Castles will be weather dependent, and may be temporarily closed or unavailable due to weather.

Plan Ahead, Book Lodging & Get Tickets as Soon As They're Available

The introduction of Ice Castles coincides with the 60th anniversary of the Lake George Winter Carnival as well as Winterfest, so there's plenty to enjoy in the region this season!

The Lake George Chamber expects attendance upwards of 100,000 for the enchanting attraction, so guests will definitely want to plan ahead with tickets, lodging, and related plans.

<< Back to the Winter Guide