Warren County police are asking for the public’s help to identify the people seen in photographs provided below. The subjects damaged the hand carved wooden canoe displayed on Beach Road. 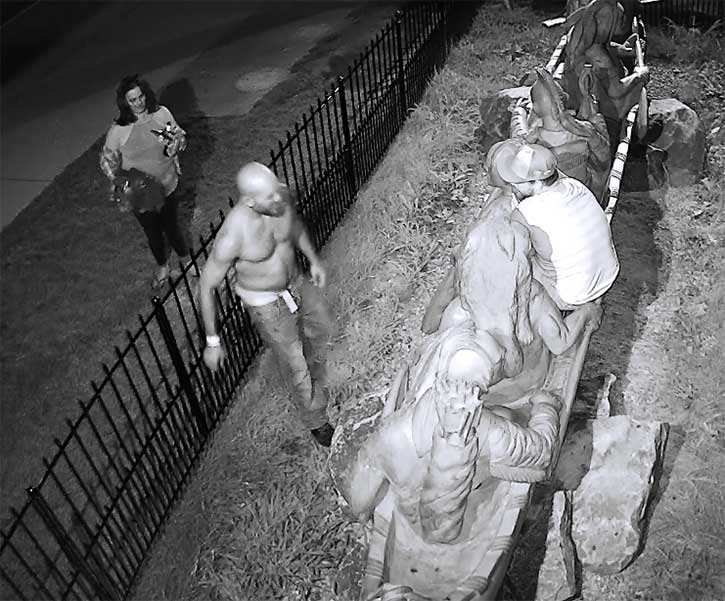 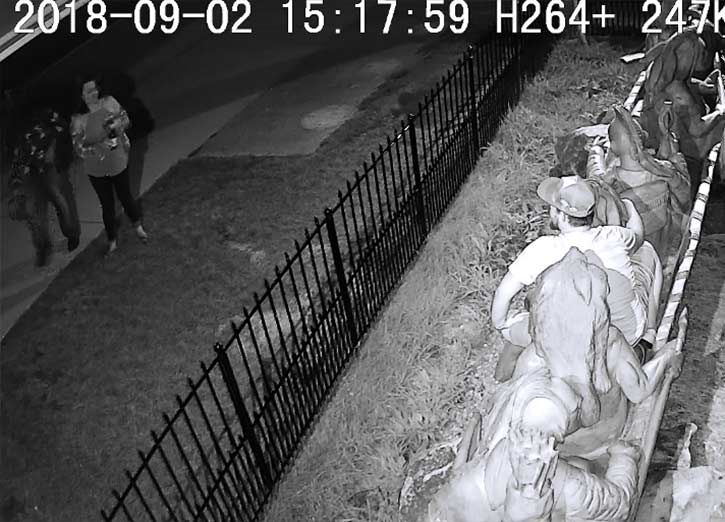 Oregon artist Paul Stark created the carving at a cost of around $100,000. Since its installation in front of Fort William Henry in September 2017, the iconic sculpture has captivated locals and tourists alike, becoming a Lake George Village staple.

Locals Kim and Rod Cornelius came up with the initial concept of installing a historical art piece in Lake George. They worked with Stark and Mayor Robert Blais to turn the idea into a reality. The French and Indian War Society also advised on the project.

The sculpture’s creation marked the 260th anniversary of the Siege and Surrender of Fort William Henry in 1757. It depicts Lt. Colonel Robert Rogers and five Native Americans in a life-size wooden canoe.

The vandalism reportedly occurred on the morning of September 9. If you recognize the vandals or have any information on the incident, please contact Investigator Chris Hatin at 518-743-2578.

Learn more about the historical sculpture »