Tomorrow, August 30, a very special fireworks show will be closing out the summer in Lake George. The event, which follows last week’s regular season finale, will be dedicated to Mayor Robert Blais in honor of the village’s longtime sponsorship of the fireworks. But with the village announcing that it will not sponsor the weekly fireworks show next year, the community is left to wonder what this means for the popular Thursday night event. 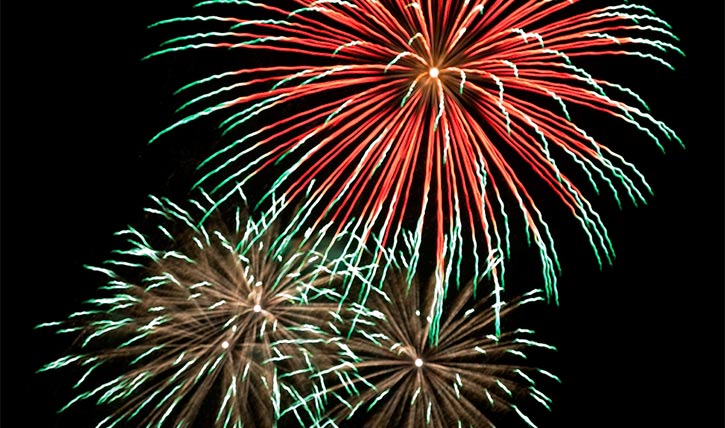 The Fate of the Fireworks

For decades, the summer fireworks show has drawn visitors and locals to the shores of Lake George Village on Thursday night. Tomorrow’s special display will be sponsored by the Town of Lake George and the Fort William Henry Hotel and Conference Center.

According to Mayor Blais and The Post-Star, the village of Lake George began seeking business sponsors for the show this year after an investment in a portable stage left the village responsible for $80,000. The $280,000 stage can be used at Charles R. Wood Festival Commons and at other area sites, but was not fully covered by a state grant.

“We as a community are going to have to figure out how to pay for next year’s [fireworks],” said Amanda May Metzger, marketing director for the Lake George Regional Chamber of Commerce, to The Post-Star. “It’s an important feature that we have here. Everybody looks forward to the fireworks.”

The special fireworks display will take place tomorrow night at 8:30.