The Courtyard Marriott in Lake George has really been thriving since they opened in August of 2016. They’re helping to make the Lake George region a year-round destination (even selling out the last two weekends of the Lake George Winter Carnival), they added a new event space last summer, and now they’re revamping their restaurant. 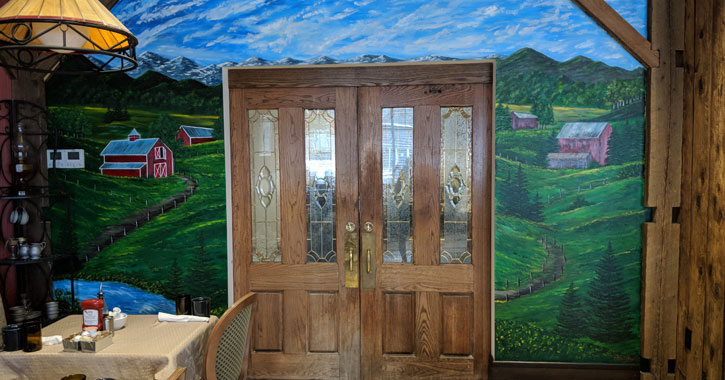 The restaurant at the Courtyard Marriott has been overhauled with new decor, including the addition of a striking countryside mural that surrounds the doors leading back out into the hotel lobby.

Currently called Peak 365, the restaurant is being renamed Charlie’s Steakhouse. A beer garden and fire pit are also being added. The hotel purchased a house adjacent to the property and was able to use that space for the expansion.

While a steakhouse might entice visitors or guests looking for more upscale fare, those who are craving something a bit more casual can visit Giuseppe’s Pizzeria & Restaurant next door, which is now open year-round.

The formal opening of Charlie’s Steakhouse will take place in a couple of months.