Lake George will see a new motel this spring! The motel will serve as an expansion of an existing motel, and it’s going to be the first new motel or hotel in the Village of Lake George since the Courtyard Marriott opened on Canada Street in 2016. 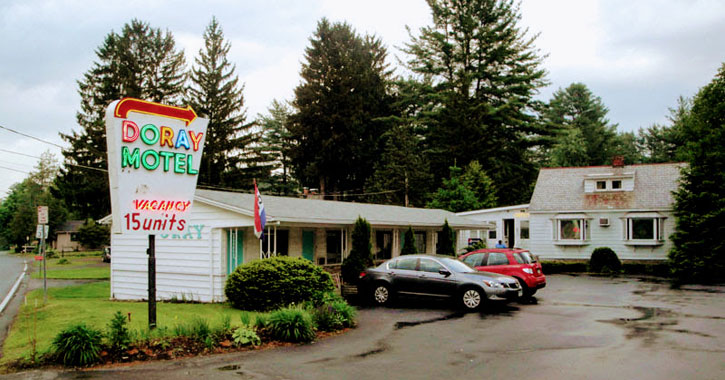 The owner of Doray Motel on Fort George Road is having a new two-story motel built that will be an extension of the current motel; it will likely keep the same name as well. The motel is going to be built right behind the current one and will have a pool and 34 parking spaces.

A 50-foot buffer zone has been added into the plans to create a barrier between the motel and the residential properties on Stanton Road. Because of this, the motel will be configured into an “L” shape.

Owner Mohammad Tariq needs to meet a few more conditions laid out by The Chazen Companies, who are consulting on the project, such as stormwater modeling. Director of Planning and Zoning Dan Barusch told The Post Star he doesn’t see any issues with Tariq’s compliance to meet these demands.

Doray Motel is located within walking distance of Million Dollar Beach and is just minutes from all the action on Canada Street. The Adirondack-style rooms in the motel come in different sizes depending on guests’ needs, and there is also one cabin that is available for rent. A backyard to the motel offers an area for picnicking and barbecues.