If you’re a fan of live music and theatrical performances, you’ll want to head to the Lake George Region this weekend! There are multiple music festivals, concerts, and even a magical illusion show on tap, plus other excitement for those who may prefer participating over spectating. 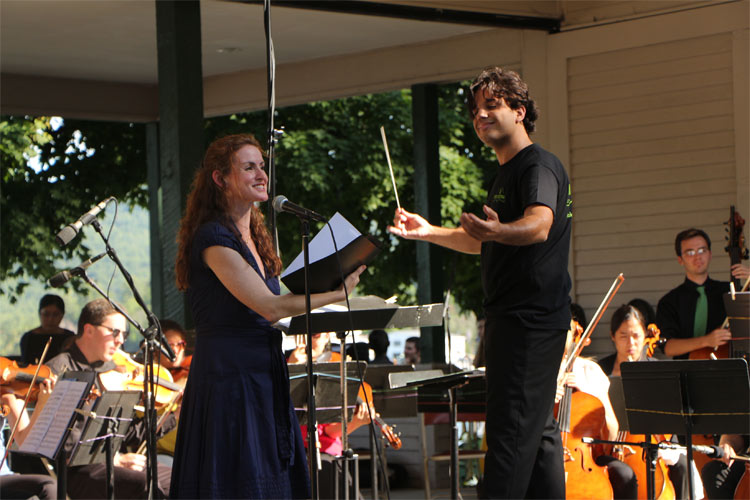 On Friday, the Lake George Music Festival kicks off its 2017 season! For nearly two weeks, enjoy an innovative lineup of exciting events, from chamber music to orchestral concerts and beyond.

Fridays At The Lake: Vivid with Headwall

The Fridays at the Lake series returns to Shepard Park on Friday with music from Vivid and Headwall! The evening also includes a craft beer and wine garden, catered food, and kids’ activities.

There are only a few more performances left in Adirondack Theatre Festival’s 2017 season! Head to Glens Falls this weekend to catch Glitches in Reality, a mind-blowing magical experience you have to see to believe.

Concert For A Cause

The 3rd Annual Concert for a Cause is slated for Saturday evening at Shepard Park! Musician Ryan Clark and his band are headlining the event, and all donations will benefit Prospect Center, a division of the Center for Disability Services.

The Festival Commons at Charles R. Wood Park will once again host the 3rd Annual British Music Invasion Weekend! The event, presented by Hudson River Music Hall Productions, will feature tributes to the Beatles, Led Zeppelin, the Rolling Stones, and Queen over the course of the two days.

On Sunday evening, The Sembrich in Bolton Landing will present piano works, songs, and the Piano Trio of Frederic Chopin performed in the glow of candlelight.

Enjoy a fast-paced, fun-filled night out with the best group in Lake George! For organized bar hopping at its best, meet at the Centennial Fountain in Shepard Park at 10:00PM on Friday or Saturday.

Head to Gore Mountain on Saturday to brush up on your mountain biking skills! The all-day clinic will help you work on riding through a slalom course, riding over rocks, roots, and logs, and much more.

The 2017 Warren County Youth Fair will include family fun, youth exhibits, a youth talent show, a pie-eating contest, a craft room, and more! Head to the Warren County Fairgrounds on Saturday starting at 9:00AM.

For a delicious weekend meal, find patio dining in and near Lake George >>