Lake George has always been a hotspot for locals and tourists for its amazing views, unique recreational opportunities, and great restaurants. But did you know it also has a rich history from the French and Indian War? Thanks to artist Paul Stark, many people soon will! Oregon artist Paul Stark has been hard at work since the spring on this massive, life-size sculpture of Lt. Col. Robert Rogers and five Native Americans in a canoe. The piece is meant to highlight the Indians and trappers who resided in Lake George, and the important role the area has played in the French and Indian War – the French and Indian War Society has been advising on the project.

Village of Lake George Mayor Robert Blais tells us that the sculpture is expected to be moved to the walkway in front of Fort William Henry in early September, when it will be roughly 90% complete.

The cost for the project is $100,000, with the town and Village of Lake George each contributing $10,000 – the rest of the funds are being raised by local residents Kim and Rod Cornelius, who conceived of the project, and the Lake George Historical Arts Council.

This undoubtedly been a difficult piece of work for the artist to create, not only because of its size, but because each of the six figures are turning their heads in a different direction.

The wood used for the sculpture comes from an Eastern white pine tree from the Catskill Mountains, a soft pine that is often used for carving because of its fine texture. 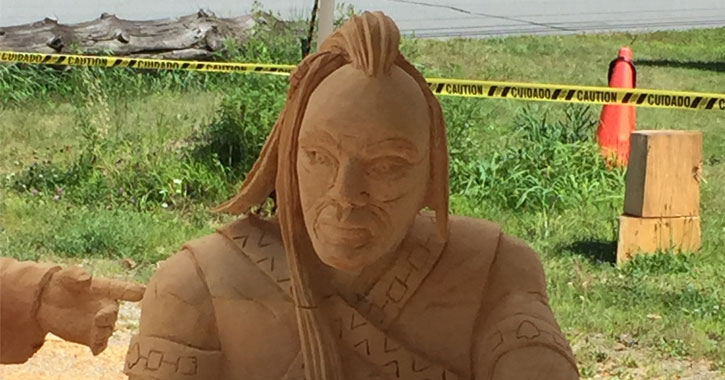 The Vision for the Sculpture

Local residents Kim and Rod Cornelius always thought the community could use some more historical artwork. When their friend, artist Paul Stark, visited them a few years ago he mentioned an idea of creating a canoe with Native Americans.

The Corneliuses brought the idea to Mayor Blais and the Village Board – they were thrilled with the opportunity to showcase history in Lake George in such a meaningful way. 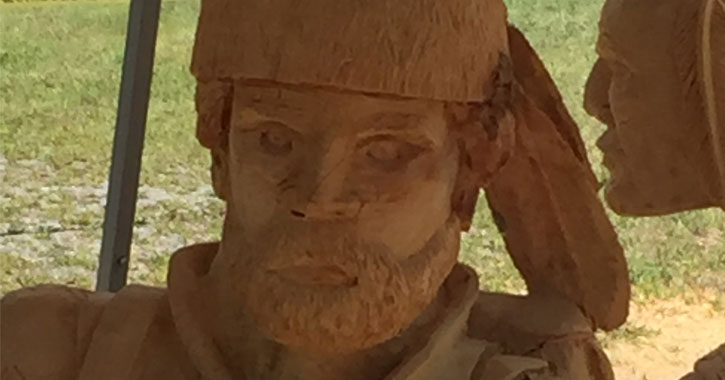 Check Out a Historical Reenactment

Learn more about the history of Lake George >>