Editor’s Note (4/4/2017): The following article has been updated to include some additional details about the event.

It’s been over a decade since the annual Barbershop Quartet Festival in Bolton Landing was forced to end due to financial reasons, and since then, a similar event has been sorely missed in the Lake George Region. That’s all about to change this May when the Northeastern District (NED) Barbershop Harmony Society hosts their 2017 Western Regional Spring Convention & Contests in Lake George! 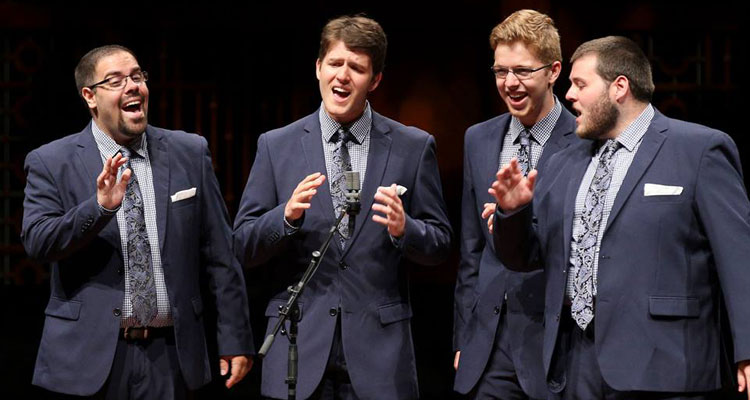 The NED is one of 17 districts of the Barbershop Harmony Society, which works to promote barbershop quartet singing in North America. Throughout the year, each district hosts contests and sends the top quartets and choruses to the annual International Contest.

For 2017, the NED has decided to bring their Western Regional Spring Convention & Contests to the Junior-Senior High School in Lake George for a weekend of singing and entertainment.

This spring convention will be one of the NED’s biggest events of the year. In addition to the District Spring Quartet Preliminaries for qualification for the International Contest & Convention in July, the following contests will be held:

On Saturday, May 6, the NED has a fantastic post-contest show planned for the evening. The final contest will begin at 5:45pm, and then the big show will start at 8:15pm. Your ticket entrance for Saturday covers the contest and the show.

According to the Sun Community News, the Lake George Town Board recently pledged $6,000 in occupancy tax funding to help promote this upcoming singing convention. This will be added to an earlier pledge of $10,000 from the joint town-village occupancy tax committee.

Event organizer Diane Brooks told the Sun Community News that roughly 500 singers and spectators are expected to be at the festival.

The 2017 NED Western Regional Spring Convention & Contests will take place on May 5-7, 2017. Don’t miss out on the return of a barbershop singing festival in Lake George!

See more details about the festival >>