On the heels of an unprecedented $50,000 history grant awarded to the Town of Lake George, the Village Of Lake George has been named the recipient of a $200,000 state grant! The funds will be used to build a portable stage for Charles R. Wood Park’s Festival Commons in Lake George. 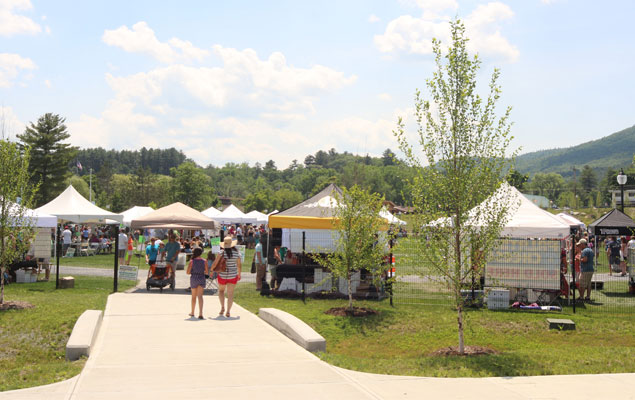 Charles R. Wood Park is co-owned by the Village and Warren County. It is located at the former site of the Gaslight Village on West Brook Road (accessible from Beach Road). The 12.5 acre park is home to a Skate Park and a 2.5 acre space called the Festival Commons, which hosts live music events and more.

However, since the park’s recent opening, it has lacked an actual stage for events. Performers have had to rent their own stages to perform at Charles R. Wood Park, which has made booking events difficult.

To help further the development of the new park, the New York State and Municipal Facilities Program has picked the Village to receive a $200,000 grant to acquire a new portable stage. The stage will be 32′ x 24′ in size with the option for add-on wings.

In a Village press release, Lake George’s Mayor Robert Blais said, “Purchasing a portable stage allows much more flexibility to the users as well as having it available to all the towns and City of Glens Falls.” It’s expected a small fee will be required to use the stage.

In total, the stage will likely cost between $250,000 – $275,000. Aside from the grant money, the rest will come from the local Joint Occupancy Tax funds and other sources.

According to the Post-Star, Mayor Blais has been in contact with several companies that would be interested in building the portable stage. Since it may take a year or two for the Village to receive the grant money and then have the stage built, it will more likely be ready by 2018 than 2017.

Until then, Charles R. Wood Park will continue to grow as a new recreation and event space in Lake George. From the American Music Festival to the park’s Grand Opening & Dedication, there will be a lot to do and see at the park in the near future.

What are you looking forward to the most at Charles R. Wood Park?