Editor’s note 08/01/16: This article has been corrected to reflect that the young girl who passed away was eight years old, not nine.

Just before 9:30 on Monday night a devastating boat accident on Lake George left a eight-year-old girl dead and her mother injured. 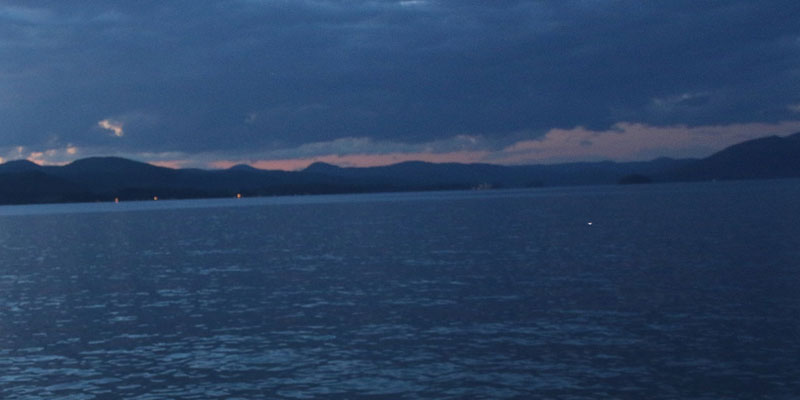 Charlotte McCue and her mother were boating on the lake near Cramer Point in a 28-foot boat carrying five additional passengers when another boat collided with them at a high speed.

A 22-foot powerboat driven by Lake George local Alexander West went right over the boat carrying McCue and her mother, and then proceeded to leave the scene without stopping.

McCue was pronounced dead on the scene. Her mother, whose name has not been released, was injured and taken to Glens Falls Hospital. They were visiting the area from California.

There were four other locals in the boat driven by West; their names have not been released. It is believed the group had been at the Log Bay Day party earlier in the day.

Log Bay Day is an annual celebration on Lake George that consists of people and boats gathering to party on the last Monday of July. Investigators have not yet determined if alcohol was a factor in the crash.

West turned himself into the police on Tuesday morning and has consented to a blood test.

“Everybody is cooperating,” Warren County Sherrif Bud York told the Times Union. “We’re in no rush to charge anybody. We want to get the facts before we charge anybody.”

Sheriff York is asking for video or pictures of the event. If it is found there was criminal activity in this incident those responsible will absolutely be charged.

We were deeply saddened to hear about this tragic loss on our beautiful lake. Our hearts go out to the mother, and to the family and friends of the two victims.