From the surface, Lake George looks as beautiful and pristine as ever, but this year, teams of divers were very busy with underwater landscaping. 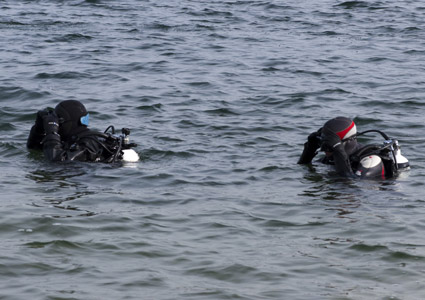 According to The Post Star, approximately 100,000 pounds of Eurasian watermilfoil were hand-picked from Lake George by divers in 2015. This was the second year of weed-removal efforts, and it cost around $400,000. The total weight of the milfoil that was removed amounted to “more than three full-size school buses,” The Post Star reported.

There are currently 150 milfoil sites being managed in Lake George, which is about 75 less than when the removal project first started. Officials acknowledged that total eradication of the invasive species is unlikely, but reducing the milfoil to lower levels that are easier and less costly to maintain would be considered a success.
The weed harvesting will continue next year, although the budget for that phase of the project has not yet been set. This is part of a widespread effort to reduce the presence of aquatic invasive species in Lake George, which includes the tremendously successful boat inspection and decontamination program.
Source: