While March 20 was technically the first day of spring, May 20 will mark the end of the long winter hibernation many of us have been enduring for the last six months or so. In honor of this momentous occasion, grab your lightest jacket, maybe some sunglasses, and head to the Adirondack Pub & Brewery for their Coming Out of Hibernation Party! 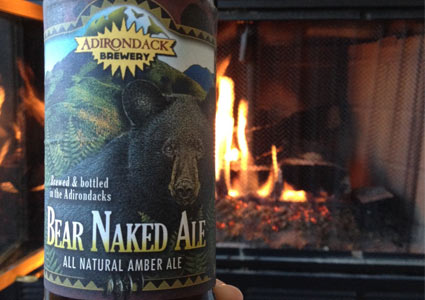 The party will feature live music by The WonderBeards, complimentary beer and burgers, brewery tours, and $2 beers in honor of the brewery’s “loyal customers, who keep on drinkin’ all year round!” The brewers will be releasing their new Session IPA, Tangerine Dream, and a keg of The Sour Project in honor of the occasion.

Want to make your mark on one of Adirondack Brewery’s brews? The Brewery is hosting its first ever beer naming contest for the new Session IPA. This beer has a hop-dominant flavor profile with a “sessionable” level of alcohol, generally between 3.2-4.7%. Entries can be submitted via email or through social media channels (@adkbrewery). 5 finalists will be announced on May 13 with the winner being declared on Friday, May 22.

Adirondack Brewery made headlines in March when it was sued by Canada’s Moosehead Breweries over the use of the word “moose” and a likeness of the animal’s head on the packaging and labels of its Moose Wizz root beer. Moosehead wants to receive triple the amount of damages that are deemed necessary for infringement on its trademark, which it should be noted, applies specifically to alcoholic beverages, “namely beer, ale, stout, and lager.” Although the suit has yet to be resolved, Adirondack Pub & Brewery owner John Carr has been quoted as saying “I think an eight-year-old knows the difference between soda and alcoholic beverages. I hope their lawyers can figure it out.”

The Coming Out of Hibernation Party will be happening on May 20 from 4pm – 8pm at the Pub – 33 Canada Street – in Lake George. Get out from under that pile of blankets and go enjoy some brews! 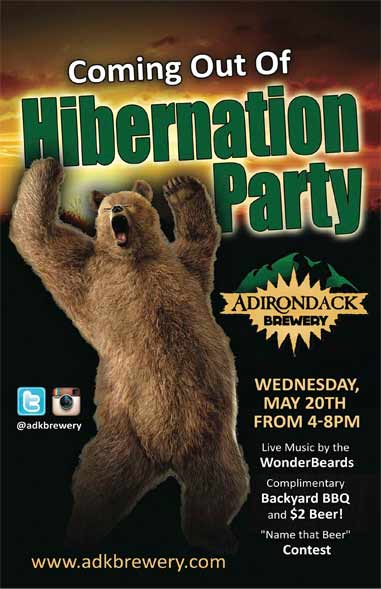